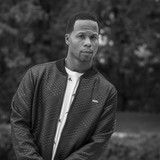 Treboey is the creative songwriter and composer for the songs he produces. He was born with musical genes, that drew him to the drums at age 5; influenced by producers like Teddy Riley, Dr. Dre, Timberland, Mike Dean and Pharrell, just to name a few molded him into the savvy producer he is today. His ear for melodic sweet sounds erupt emotions of listeners, single, married, young or old, wherever his songs are played. In essence, this hubby of 20 years owns a wealthy attribute that will attract lovebirds for years to come. “Treboey, lyrically captures the meaning of placing the importance of love in a relationship. Dee Davis said. In this new era where we have a lot of songs that talk about sex, name brand cars, clothes, making money and hustling, but not much about having love for one another. This song puts “love over everything” and reminds you that love is the key ingredient in any relationship.”