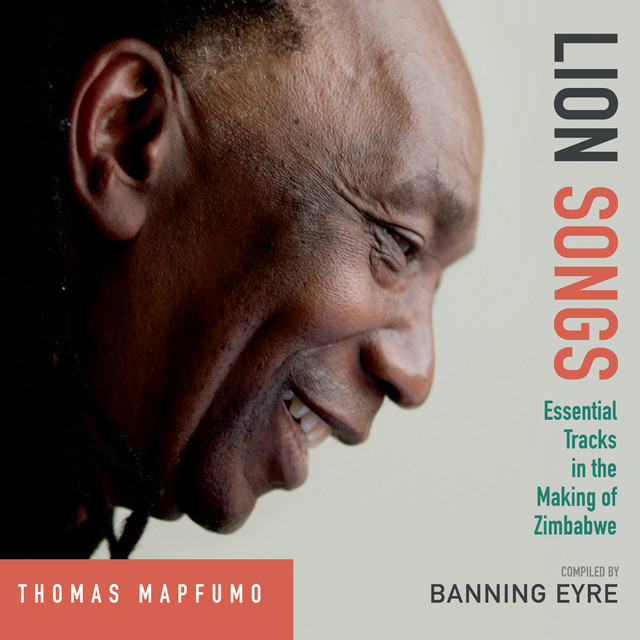 Thomas Mapfumo made revolutionary changes in Zimbabwe's pop music scene by recording a song for which he'd written his own music. Before Mapfumo, songs in the traditional style were always based on tunes that had been handed down for generations. Mapfumo's music, chimurenga ("music of struggle"), became popular during the civil war against white minority rule, but his popularity made the government unhappy. In 1977, he was sent to a prison camp for subversion. To obtain his release, Mapfumo agreed to perform for the ruling party, but at the concert he sang only his most revolutionary songs. "I told them that since I'd been in detention, I didn't have time to write new ones." Mapfumo grew up in the country, went to a British colonial school, and worked as a herd boy, watching over the cattle. After hearing the Beatles and Wilson Pickett in the early '60s, Mapfumo taught himself guitar and started a band that played pop music from African countries, as well as Beatles, Rolling Stones, funk, and soul. Mapfumo left Western music behind to form the Acid Band. Their first album, Hokoyo (Beware), contained the songs that led to Mapfumo's detention. After Zimbabwe's liberation in 1978, Mapfumo formed Blacks Unlimited and released Gwindingwe Rine Shumba (Lion in the Bush), a joyous celebration of his country's independence. Jumbo Van Renen, the president of Earthworks Records, arranged to put out Mapfumo's music in England; when Van Renen later became CEO of Island Records in the U.K., he signed Mapfumo again, this time to an international recording contract. ~ J. Poet, Rovi