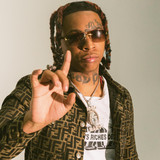 Lil Gotit has joined a seemingly unending list of Atlanta rappers modeling their delivery after Young Thug’s inimitable flow. It’s a playbook that breeds success: Look at his peers, like Lil Baby, Gunna, and his older brother, Lil Keed. But like those other songwriters, Lil Gotit has found a way to assert his own voice and concoct some sort of post-Thug, ATLien approach to rap. Hood Baby 2, a sequel to his debut studio LP from 2018, builds on the songwriting maturity hinted at in February 2020’s Superstar Creature project with London On Da Track. After breaking the Billboard Top 200 chart with his Hood Baby 2 release, Lil Gotit continues to excite the global rap scene for what's to come.