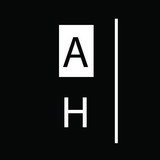 Two winters ago on the Cyanide Shore, mechanics William and Tim had grand ideas of building a flying machine. Months later, William feverishly pieced together a flight plan based on coordinates he found hidden in the local paper’s crossword, which pointed his Cessna eastward.

Fuel running low and engine in a sputter, William miraculously found Kate waiting at a remote outpost in mountainous Synchronia, where sherpa Alex had just returned from a long expedition to the Outer Spheres. Thin wires running above the town hum enigmatic sequences in base 12.