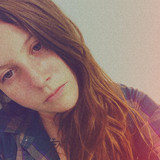 J. Roosevelt is an independent female composer and producer based in Los Angeles. Forever a student of harmony and groove, J. Roosevelt’s instrumental music spans many genres, including Chill, Lo-fi, Hip Hop, Trap, Gaming Music, Study, Focus, and New Age/Meditation. To date, her releases have been streamed over 15 million times globally, and two of her solo tracks have been staples on Spotify and Apple Music editorial playlists for over a year. J. Roosevelt’s original beats have been broadcast on BBC1 & NPR. Additionally, her music has been licensed in advertisements, and in an award-winning independent film called “Signature Move”. Her original music has been searched on Shazam over 10,000 times.