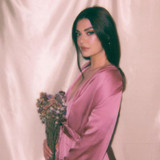 “Seductive and soulful, this one may have you dialing your ex. Don't say we didn't warn you.” - Vibe Magazine Janine is a fiercely talented songwriter, producer and multi-instrumentalist. She is also a self-sufficient artist who has created her own artwork and directed music videos. But, her greatest weapon: an ethereal and devastatingly beautiful voice that commands every single verse, hook and refrain. She’s magnetic - bringing you into her world. Born in New Zealand, Janine dedicated herself to music almost as soon as she could walk, recording herself singing her favorite tunes on a double cassette player at the age of five. At the age of fourteen, she began performing her original songs with a guitar at open mics, mostly held at bars she wasn’t technically allowed into. In 2013 Janine released her first EP, "Dark Mind EP" which scored a sync on Love and Hiphop Atlanta and ended up going to the top of the R&B charts in the US and ended up getting her singed to Atlantic Records. She went on to release her second EP. "XXEP" which landed her the 2015 New Zealand Music R&B Album of the year. In 2018 she released her debut album "99." In 2019 Janine and Atlantic Records parted ways leading her to go back to her roots and what her fans loved the most as an Independent, DIY artist. Writing, producing, playing instruments, creating artwork and music videos Janine loves the whole creative process. As a result, her art remains as honest as it is hypnotic.