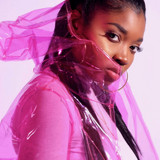 Tina Dunham is Diamond Kuts, the first woman to have a mix-show slot on Philadelphia radio. The daughter of Tony Dunham (aka Grand Tone of Korner Boyz), she began mixing in her early teens, developed her skill in her basement and in the parks of West Philly, and eventually promoted herself with mixtapes. After she established herself in clubs, she started spinning on Power 99 (WUSL) and set up some side work as a tour DJ, beginning with a stretch of dates for Lil Mama which eventually led to spinning huge tours for Nicki Minaj. Trap Ville, a four-track EP of her early productions, was uploaded to her SoundCloud page in 2014. Signed to the Philly-based independent label Platinum Key Music Group as a producer, she started releasing commercially available tracks that ranged from trap-EDM hybrids to pop-oriented R&B, such as "Dribble," "Carters," "Take Control," and "Hella Sauce," which featured rappers and vocalists such as Jabar, Sissy Nobby, and Ave 267. ~ Andy Kellman, Rovi