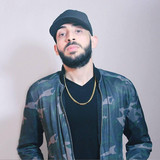 Dusty liquor stores, backyard low-riders, and an overwhelming ‘underdog’ spirit. That’s Fresno, California. And Fresno was the breeding ground for Anilyst. It’s where he found his voice, honed his craft, and laid his foundation.

Over the past few years, he’s self-released numerous full length albums and mixtapes, while managing to amass over 23+ Million YouTube views, Millions of Spotify plays, and the 'LYST' goes on.. Anilyst’s fan base has been a rabid and steadily growing one, and he’s literally built it all through his ingenious use of street campaigning, social media, and, most importantly, unwavering raw talent. He's graced the stages with acts such as Tech N9ne, YG, E40, and many more. All this in addition to gracing the pages of XXL Magazine & seeing the fruits of his labor propel his most recent album, 'LYSTening' into the Top 50 Charts on iTunes. So, if you didn’t know before, turn your speakers UP and have yourself a LYSTen.