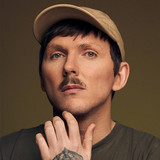 TAUR (Mathieu Artu) is a french composer and singer based in Paris, France. After self-releasing two EPs in 2016 and 2017, TAUR was spotted by Polydor France and the ad agency BETC and signed a record deal with them. TAUR then released a third EP, which features The Constant

- music video which has aired on national television. TAUR is now touring France and introducing his new EP to new audiences while preparing his first full-length release, which is planned for 2021.