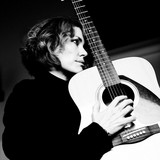 Cerys Matthews MBE is a musician, author, broadcaster and festival owner: The Good Life Experience. She is a DJ on BBC Radio 2 and BBC 6 music where she programmes and hosts an award winning weekly show. Cerys is a cultural roving reporter for the One Show , writes and presents documentaries for BBC Radio 4 and 2 as well as BBC Television. She was the founder member of multi-million selling band Catatonia and duets with Sir Tom Jones on the perennial winter favourite, Baby its Cold Outside. In 2015, Cerys composed music for the National Theatre and set Dylan Thomas’ A Child’s Christmas to music. This was released on her new label, Marvels of the Universe, in 2014. (The most recent release on this label is a beautiful Indian-Welsh album called Ghazalaw out September 2015). She was awarded an inaugural St David Award for her services to culture from the First Minister of Wales in 2014 and was awarded an MBE last November for her services to music. Cerys also received an honorary degree in Music from Swansea University in 2014. In November 2016 she won the Best Presenter – Music Award at the annual Audio Production Awards in London. Her self produced album of traditional Welsh songs, ‘Tir’ is the biggest selling Welsh language album of the past ten years, the second volume, ‘Hullabaloo’ followed in 2013.