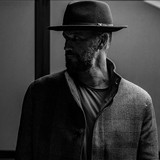 Whether Dactah Chando’s unmistakably easy-going style is inspired by the enormous waves braking on the black volcanic beaches of his home island Tenerife, or whether Reggae’s mighty sound waves inspired the young Canarian musician to jump on his surf board, remains a hen-and-egg issue; one brings forth the other and is incomplete without it. Off the shores of Africa, yet in the middle of the Atlantic, the Canarian Islands are home to Antonio Fernando Bethencourt Sosa, better known as the charismatic Reggae artist Dactah Chando. Throughout the centuries, Latin American and European influences, both looking to Africa with at least one eye, by and by formed the Canarian musical landscape. Soon, the music of the islands would embrace a symbiotic relationship with the local surf culture and create a lifestyle for which the boundaries of this world seem to be no longer relevant. Born into this surf music culture, right in the middle of the boundless vastness of the ocean, during the course of time, Chando developed his very own style.