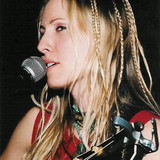 Elza’s songs have been featured on ABC’s award winning docu-series “Hopkins”, “BostonMed” "NYMed" as well as Netflix’s "Charmed” & the CW’s Smallville to name a few. She enjoys writing authentic heartfelt songs about the ups and downs of life. As an independent artist Elza has toured colleges and festivals opening for the likes of Train, Martin Sexton & Bob Weir of the Grateful Dead to name a few. Riveting live performer and award winning singer songwriter Elza has returned to the stage after her hiatus to start her family, most recently at The Tribeca Performing Arts Center, NYC , the theater barn & the Ridgefield Playhouse “Hope for mental illness” Awareness Concert. Justonestepfordemocracy

recently licensed Elza's new track "Welcome to America" for their video campaign to help bring Americans together in unity for a brighter future. With her unique and alluring bluesy, jazzy, soulful acoustic pop and world-class voice and melodies you'll hum for days; Elza is one of those special artists that touches you with the first note and holds you spellbound until the last. She grew up back and forth between her father in Germany and her mother in Charleston, SC and from that unusual childhood her love of music was born. Be sure and follow Elza on spotify to be the first to hear her new releases as they become available and feel free to add her music to your playlists! Elza writes custom songs for tv & film for more info please DM on Instagram :