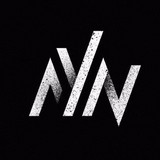 AYN (aka Aya Nasif) is a Techno DJ & Producer from Amman-Jordan. Influenced by her Arabic roots, and guided by her love for western and exotic melodies, she searches for seamless mixing

techniques to blend her worlds into one - exploring the universality of sound and its endless dimensions. AYN’s progressively melodic techno mixes reflect the human journey in its purest form, allowing you to break through barriers. AYN has headlined alongside and opened for rising names in the electronic music scene such as Rafael Cerato, Seth Schwarz, Emanuel Satie, SAMA' Abdulhadi, Christian Smith, Francisco Allendes Super Flu and more. AYN brings groove, soul and nostalgic energy to the dance floor - uniting with others to dance, live and love. AYN's New EP "NXT CHPTR - AYN feat. Yasmine D." is a 4 track "progressive, melodic, soulful" Techno EP. The New EP is about the journey of a Raver, an awakened soul. We exist in a contradictory world of inevitable forces governed upon us that cage our souls, even more so today than ever. Despite it all, the ethereal power of music remains infallible in touching and awakening our souls. We are Ravers, the bearers of light at the end of the darkest tunnel. We enter the NXT CHPTR - an empowering journey of realizations, broken perceptions and hopeful dreams, a progressively mixed synergy of freedom and love - AYN and Yasmine D.