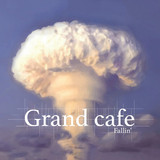 Grand Café is a band from Oslo, Norway. Formed in 2001 by Christer Krogh and Kenneth Sandberg. During the years we have jumped between genres and played around with different band setups. The main driver has always been the love for music and the thought of making the music we our self would enjoy listening to and play.   Our first album was “Put A Little Grease On My Axe!”. Released in October 2008. Our second album came out 26th of April 2013. “Elm Tree Gardens” was a new musical direction for us and it takes you to a darker landscape than the first album. In the fall of 2015 we released a double single with “Animal”, and our biggest hit so far; “Berlin”. Berlin got some good airtime on national radio in Norway. Since 2015 we have released several singles; “Spirits at My house”, “Satellite” and “I need you”. They all got radio time and great reviews. This fall you can look forward to our third album, and already now you can hear the first single; “Fallin”.   Throughout the years there has been extensive touring in Norway, Sweden, UK and Germany. We have also had the pleasure of being support for great names like Deep Purple, Alice Cooper and Turbonegro. You will also find Grand Café on the Ramones Tribute ‘Leaving Home’ (Ignorance is Bliss), ‘A Scandinavian Tribute to Roky Erickson’ (Alien I Creator) and ‘Omega Motherfuckers – Tribute to Turbonegro’ (Mister Sister).   We hope you will enjoy our music as much as we enjoyed making it.