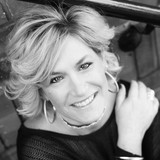 Nicki Kris is an award-winning Billboard charting singer/songwriter based in Raleigh, North Carolina. Her music has captured an international audience since the soul stylings of her debut album, I Come Alive in 2013. Her songs have been featured in award-winning movies, TV shows, and on radio stations worldwide, and she has been on the official ballot for the Grammy Awards for the past eight years in numerous categories.   Nicki’s unique and powerful diva-style voice has been compared to artists Pink and Adele as well as top female rockers of the past, Pat Benatar and Stevie Nicks, while her songwriting takes a decidedly modern turn.   When not working on her own music or various collaboration projects, Nicki is a champion for women in the music and entertainment industry. She’s the host of “Mixing It with Nicki Kris” broadcast on the new SIMNetwork and the co-founder of Sisters In Music an organization that promotes and encourages educational opportunities, collaborative musical works and performances among women to raise awareness and funding for various female focused charities.