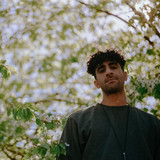 Malmö, Sweden-based beatmaker Moose Dawa has been active in the beat-scene since 2011 but first got some attention on his 2014 self-released Felia Mea EP. With a solid passion for crate-digging he transforms the sounds he find into sample-based instrumental hiphop with a lot of influences from jazz & soul, creating a laid-back atmosphere with his swing-filled drums and organic instruments. He has worked with several established labels such as Chillhop Music, Ninetofive Records aswell as Radio Juicy where his latest collaboration LP "Dreams From The Shore" with UK producer Psalm Trees was released. This year he released his 4 track EP "All Things" where he continues to explore the jazzy sound and is currently working on his new album.