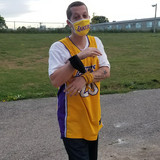 In 2008 Twp started a journey towards becoming an independent unsigned entertainment talent winning multiple awards & garnering thousands of fans while creating years of memories. Twp Is a masterful lyricist possessing a new age style that is smooth & breezy yet confidant & relatable. Twp has been featured In publications ranging from urban magazines to music magazines along with interviews on talk shows & podcasts of all sorts.