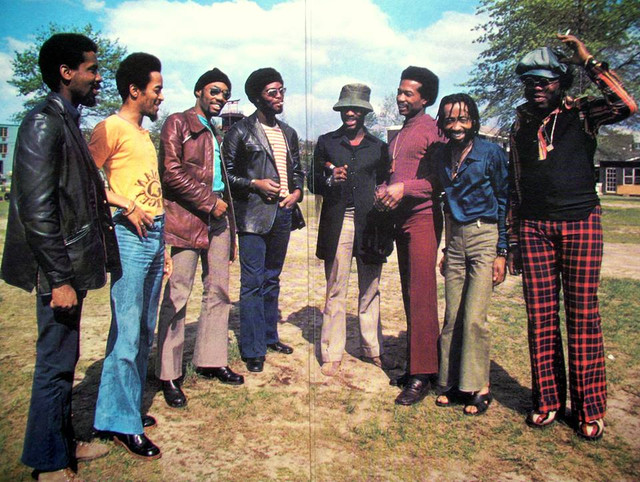 Although underappreciated and woefully overlooked during their original tenure together, the fine early-'70s British outfit Cymande (pronounced Sah-mahn-day) was one of the first to merge African rhythms with rock, funk, reggae, and soul. In a musical community that generally took its cues from America, Cymande embraced U.S. styles like funk and soul, but also folded in large portions of reggae, jazz, and African rhythms, creating a sound that was subtle but sinewy, full of grooves both thoughtful and literate -- music that could inspire dancing or a spirited conversation through their entire three-album run in the early '70s: their 1972 self-titled debut, 1973's Second Time Round, and 1974's Promised Heights. After an almost-four-decade hiatus, during which time their recordings were abundantly sampled by rappers and DJs, the band re-formed in the second decade of the 21st century, dropping A Simple Act of Faith in 2014. Comprised of members who hailed from such exotic locales as Guyana, Jamaica, and St. Vincent, the nine-man lineup (who were all entirely self-taught) contained Steve Scipio (bass), Ray King (vocals, percussion), Derek Gibbs (alto/soprano), Pablo Gonsales (congas), Joey Dee (vocals, percussion), Peter Serreo (tenor), Sam Kelly (drums), Mike Rose (alto, flute, bongos), and Patrick Patterson (guitar). The band issued a total of three releases: 1972's self-titled debut (which spawned one of their best-known songs, "The Message," peaking at number 22 on the domestic R&B charts in 1974), 1973's Second Time Round, and 1974's Promised Heights -- before splitting up. But by the '90s, Cymande became the recipient of a strong cult following as another track from their debut, "Bra," was included on the soundtrack to Spike Lee's motion picture Crooklyn, and several of their songs were sampled by rap artists (including Raze, Master Ace, MC Solaar, De La Soul, DJ Kool, and the Fugees). Due to sudden interest in Cymande, two compilations were issued -- a British double-CD titled The Message (which collected all three of their albums), a 13-track collection, The Soul of Rasta, and best of all, Renegades of Funk. Cymande officially reunited in 2012, with most of their original members -- including frontmen Scipio and Patterson. In 2015, they released A Simple Act of Faith, their first album in four decades. John Schroeder, who helmed their earliest sessions, produced the set. ~ Greg Prato, Rovi