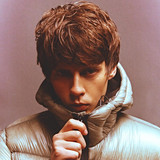 Raised on a steady diet of the Beatles, Bob Dylan, Jimi Hendrix, and the brothers Gallagher, English singer/songwriter Jake Bugg's bluesy, Brit-pop-forward indie folk pairs working-class swagger with wry, weathered romanticism. He found success in 2012 with his Mercury Prize-nominated eponymous debut album, which included the hit singles "Two Fingers" and "Lightning Bolt." He continued to develop his sound on subsequent efforts like Shangri La (2013) and Hearts That Strain (2017), introducing elements of country-rock and Americana into the mix.

Born in Nottingham, Bugg picked up the guitar at the age of 12, and within a year he was composing his own songs. Disinterested in the hip-hop and grime that dominated the listening habits of his peers, he turned to the classics for inspiration. Bugg's first brush with recognition came at the age of 17, when a local DJ began spinning one of the cuts he uploaded to BBC Introducing, a program that supports "unsigned, undiscovered, and under-the-radar musicians." An invitation to play Glastonbury arrived shortly thereafter, and before he knew it, he was supporting acts like Lana Del Ray, Example, and Michael Kiwanuka, and had inked a deal with Mercury. His first single, "Lightning Bolt," arrived in early 2012, while his debut, the eponymously titled Jake Bugg, appeared in October of the same year and featured production work from former Snow Patrol collaborator Iain Archer. In a whirlwind year, Bugg went on to tour extensively across the U.K. while receiving nominations for awards, including a Brit Award for Best British Newcomer and also the coveted Mercury Music Prize. In the summer of 2013, Bugg traveled to Malibu to record sessions for his sophomore record, Shangri La, with legendary producer Rick Rubin. The record again featured contributions from Archer and was released in November of 2013. A five-song EP, Messed Up Kids, appeared in 2014. Reentering the studio that same year, Bugg set about recording what would become his third album. Over a year in the making, On My One -- produced in part by Jacknife Lee -- saw release in June 2016. A year later, he returned with Hearts That Strain, recorded in Nashville. Included on the album was the single "How Soon the Dawn," a collaboration with the Black Keys' Dan Auerbach. Bugg returned in late 2019 with the blazing country-rock single "Kiss Like the Sun." ~ James Christopher Monger