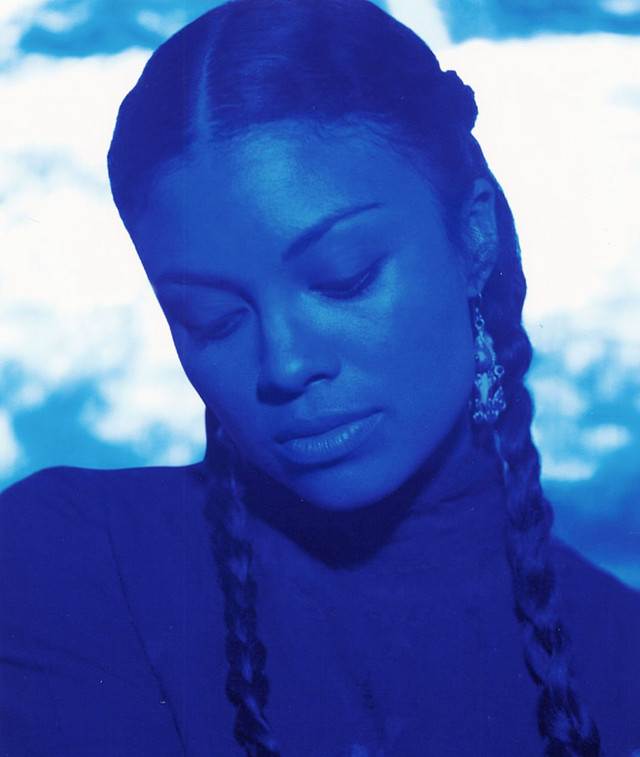 R&B singer/songwriter Amel Larrieux grew up in New York's Greenwich Village. Her mother, Brenda Dixon Gottschild, was a dance critic and professor, and she was raised in an artistic environment. She formed Groove Theory, a duo with former Mantronix member Bryce Wilson (aka Bryce Luvah), which signed to Epic Records and scored a gold-selling Top Ten pop and R&B hit in October 1995 with "Tell Me," followed by the Groove Theory album, which hit the Top 20 of the R&B chart. In 1996, Larrieux was a vocalist on the self-titled album by Sweetback, a group featuring three members of Sade, which reached the charts. Larrieux released her debut solo single, "Get Up," in November 1999, and it reached number 37 on the R&B chart. Her debut solo album, Infinite Possibilities, was released by 550 Music in February 2000. Larrieux teamed with crooner Glenn Lewis and recorded "What's Come Over Me?" for the Barbershop soundtrack, released in 2002. The two reunited a year later and appeared on Stanley Clarke's 1, 2, to the Bass album with their version of "Where Is the Love," a performance that earned them a Grammy nomination. In 2004, Larrieux established the Blisslife label, where she released Bravebird, Morning (2006), the stripped-down vocal jazz set Lovely Standards (2007), and the playfully eclectic Ice Cream Everyday (2013). ~ William Ruhlmann, Rovi