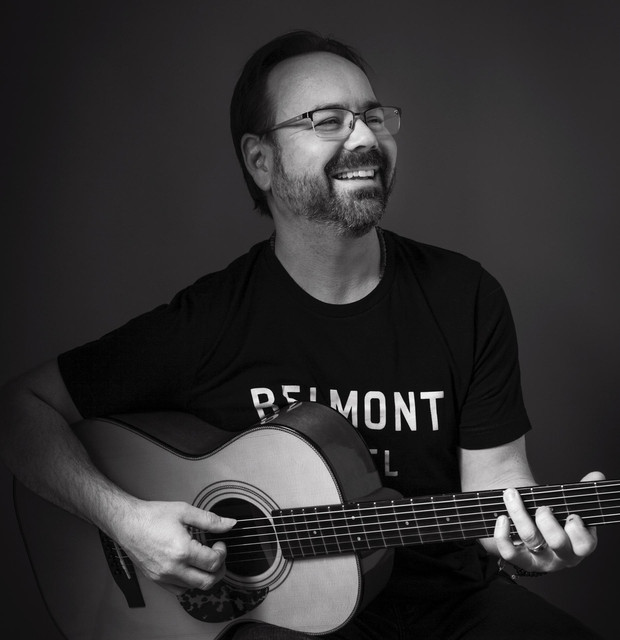 Vin Downes is a composer and fingerstyle guitarist who has released six studio albums. His recordings have been produced by Grammy Award winning guitarist and producer, Will Ackerman, and award winning engineer/producer, Tom Eaton. He has performed nationally as a soloist and is a member of “The Gathering – A Concert Series presented by Will Ackerman” and “Will Ackerman Presents - 4 Guitars”.   He has written, recorded, and performed with musicians including Will Ackerman, David Crosby, Eugene Friesen, Tony Levin, Michael Manring, Mai Leisz, Kenny Withrow, Liz Story, Todd Mosby and Trevor Gordon Hall.   “Vin Downes is a brilliant guitarist and a heart-felt composer. He is a consummate player who draws upon a wide range of styles. The marvelous thing is that his musical voice is unique enough and powerful enough to hold these different threads together seamlessly. His abilities as a player create an even broader palate from which to draw in his performances.”   ~ Will Ackerman Grammy Award Winner/Founder of Windham Hill Records   “Just beautiful...I love your music and the way you play...really fine touch and you swing.”   ~ David Crosby - Singer/Songwriter - The Byrds, CSN, CSNY, CPR   “Downes' playing manages to mesh obvious technical mastery of his instrument with an uncomplicated and accessible approach to melody. He exhibits an uncommon control of nuance and shading.”   ~ Bill Binkelman Zone Music Reporter   www.vindownes.com