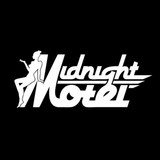 Midnight Motel is guaranteed to bring you heavy, nasty guitar rock. Unbuttoned lumberjack shirts, long hair and raw guitar solos. "Midnight Motel is sex on guitars", according to well-known Dutch music blog “3voor12”. The band plays rock in its purest form as it was meant, in your face, loud and melodic. These skilled rockers will make the walls drip with sweat, both in their own country as abroad, during their highly energetic and dynamic live shows. The band's new album "Adrenaline Junkies" is out now and available on Spotify, Youtube & Itunes. Early 2019 their single and video "The Reason" has been released.