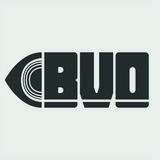 French musical collective Bon Voyage Organisation pulls in inspiration from around the globe, incorporating sounds from Africa, Asia, and the Middle East into the orbit of psychedelia and jazz. BVO centers around the main character of Adrien Durand, who, together with an ever expanding and rotating cast of musicians, aims to explore a plethora of cross-continental influences through free-form studio sessions. Durand was initially working in Paris as a producer, working with the likes of Amadou & Mariam. Eventually he began recording for himself, briefly relocating to London in 2009, where he produced dance music as Les Aeroplanes. The Navigant EP was released shortly thereafter on Jamal Moss' Mathematics Recordings, displaying a penchant for lo-fi and left-field sounds. Upon returning to Paris, Durand collaborated with vocalists Agathe Bonitzer and Maud Nadal, transforming the project into Bon Voyage. The project continued to attract musicians, some only participating on a temporary basis, to the extent that different influences could be heard depending on who was in the studio at the time of recording; to reflect this change, the name morphed into Bon Voyage Organisation. After the arrangement began to settle, Durand began recording the sessions on analog equipment, leading to a string of EPs, including Xĩngyè and Geographie. The latter EP was picked up by Columbia Records, which went on to release the debut BVO full-length, 2018's Jungle? Quelle Jungle?, titled to reflect an imaginary jungle where cultures and ideas could collide without restriction. ~ Liam Martin, Rovi