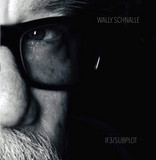 Drummer-bandleader Wally Schnalle has been an important force in advanced jazz of northern California since the mid-1990s. He graduated from San Jose State University, recorded early on with Francis Wong and performed with the Nova Vista and San Jose Symphonies. In 1994 Schnalle recorded his debut set as a leader (for the small Tree Fort label) and he soon formed a regularly working quintet although the drummer had been leading groups on and off since 1989. Schnalle's quintet (which included Dann Zinn on tenor and trumpeter John Worley) appeared at the Monterey Jazz Festival, recorded for Retlaw in 1997 and played often in northern California. In addition to his work as a drummer/leader, Schnalle has been the music editor for the International Drum! magazine and has been active as a teacher. ~ Scott Yanow, Rovi