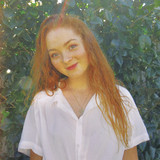 writing about all the moments that nostalgia turns golden. Born and raised in small-town New Zealand, emerging pop princess Jessica Leigh has been writing songs about the beauty of youth since 12 years of age. Now 19, the kiwi songstress is gearing up to release her second EP 'summerland' later this year. The EP is a 5 part narrative articulating the love story of a summer romance from its beautiful beginning to its inevitable end. 'summerland' is the follow-up to Leigh's debut effort '17' - a four-part, vibrant electro-pop love letter to that time in her life. Jessica claims that "nostalgia is the biggest catalyst for [her] songwriting," and that she finds "there is unparalleled beauty in youth. Life is so rich when you’re young and everything and everybody lasts forever. I can’t think of anything more romantic than that." Her songwriting style is rich in imagery and metaphor - a talent transferred from her poetic background. While growing up, Jessica received national awards for her poetry and prose, and in more recent years her songwriting is receiving similar praise. Leigh cites her main musical influences as Paul Simon, Lorde and Lana Del Rey. “Paul for his wit and honesty, and Lorde and Lana and for romanticising that honesty.”   Jessica refers to herself as "a storyteller, first and foremost.” Her biggest hope is that after listening to the stories contained within her songs, people will be inspired to reminisce on and create from their own.