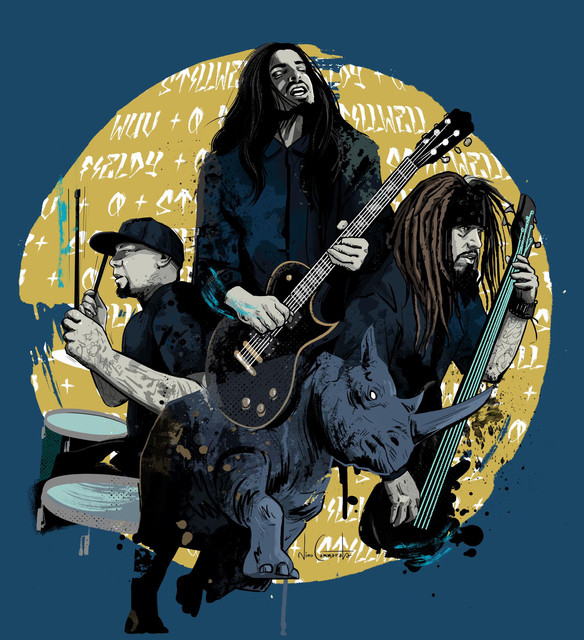 StillWell is back and more explosive than ever. The trio, made up of vocalist/guitarist Anthony "Q-Unique" Quiles, bassist Reginald “Fieldy” Arvizu, and drummer Noah “Wuv” Bernardo, will be self-releasing their third album, Supernatural Miracle, on September 18.   “With this new album, StillWell sounds like one band instead of past albums where it feels like three or four different bands,” Bernardo explains. “With Q on guitar, it enabled us to be more cohesive with sound and direction.”   "We intentionally made sure to not sound like the other bands we're a part of, out of respect, integrity and just wanting to push ourselves creatively,” says Arvizu. “If people want to hear Korn, POD or Kings Bounty, they can just listen to those, Stillwell is its own thing. We put together what I think is our best work yet.”   Drawing on their past releases including albums Raise It Up (2015) and Dirtbag (2011), Supernatural Miracle serves as the culmination of years worth of finding their voice. With this release, these musical legends are sure to give you a fresh new look at who they are apart from their histories, but together as a collective.