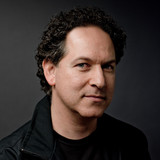 GRAMMY® Award-nominated Keyboardist and Buddha Bar Recording artist. This Los Angeles native joined the GRAMMY® Award-winning band, Shadowfax as their keyboardist in 1991 and the following year, the album, Esperanto co-written by Chakmakian was nominated for another GRAMMY®. He has since released two solo albums, one of which debuted at #1 on the radio charts and spawned two tracks that were featured on the European compilation CD series, Buddha-Bar I & IV, having sold over a million units to date. Armen has appeared on the Tonight Show and toured extensively with many bands and productions. Most recently he toured with Roger Hodgson of Supertramp as well as Saltimbanco, Cirque du Soleil's flagship show. Currently, Armen is composing for television and film projects and enjoying performing locally.