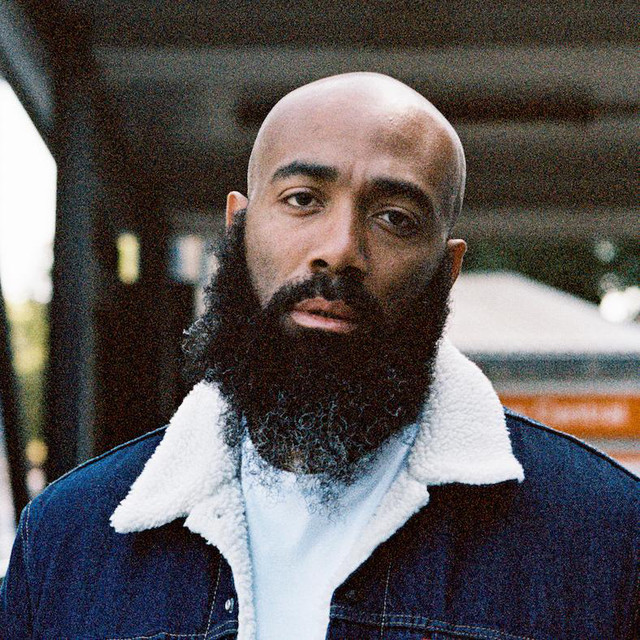 Leytonstone-born Murkage Dave’s debut album ‘Murkage Dave Changed My Life’ sees the singer returning home to East London to witness the changing landscape and gentrification. The experience inspired him to write a set of twelve “folk songs for the culture,” including singles ‘Put You On My Shoulders’, ‘You Always Ring Me When I’m Busy’, ‘Magic Mission Deja Rinse’ and 'See Man Smile', as well as fan favourites ‘Keep Up The Bad Work’ and ‘Niggas Need Each Other’.   Written and recorded between London, Paris and Berlin, Dave spent last Summer holed up in the studio with the sole aim of crafting a timeless LP. The process saw him joined by executive producer Cores and a cast of talented friends including Manga Saint Hilare, Star Slinger, Massappeals, Louis Don Dada, Sam Wise and SCALLY, all of whom contributed to the impressive collection.   As a singer and songwriter, Dave has crafted a versatile sound, rooted in a youth spent listening to garage and R&B, but also revealing formative years in Manchester absorbing The Smiths and Joy Division. It’s no surprise that his defiantly British sound is still attracting fans globally, and he’s collaborated with Mike Skinner, Jaykae, Skepta and French producer Hologram Lo', as well as reaching the ears of Pharrell Williams, Young Fathers, Iggy Pop and Beastie Boys member Mike D, all of which have supported the track on their radio shows.