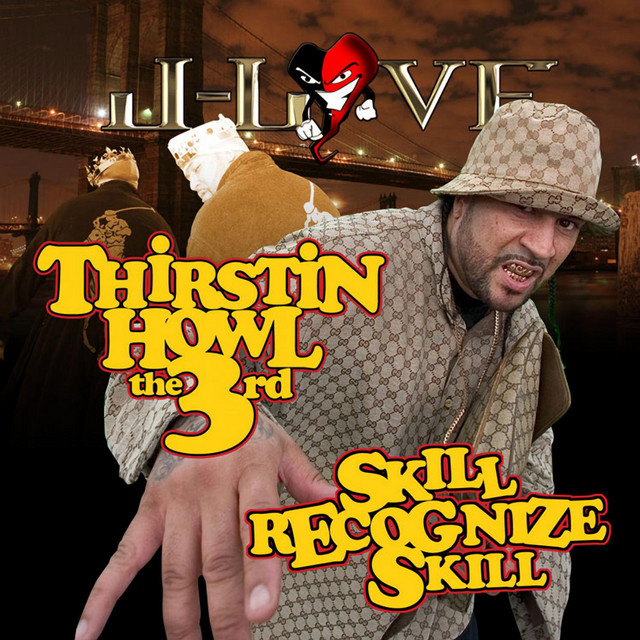 Hailing from the Brownsville section of Brooklyn, Thirstin Howl III blends his considerable lyrical skills with an offbeat sense of humor to create his singular old school sound. Of Puerto Rican descent, Howl raps over dirty beats, in both Spanish and English, spinning out hysterical tales and impressing with his formidable vocabulary and wordplay. Howl founded Skillionaire Enterprises to release his own music -- along with the rest of his Lo-Life posse -- and his forays into other genres, like animation and fashion. The eclectic MC started making waves in 1997 when he won the Source's Unsigned Hype award and wowed crowds at the first Rap Olympics. His breakthrough single, "Brooklyn Hardbook," recorded with frequent collaborator Master Fuol, was released on Rawkus, but Howl was destined to remain unsigned. His self-produced debut Skillospher, featured contributions by luminaries such as Eminem and Mos Def and, though marred somewhat by its homemade, low-budget production, was well-received. He followed that effort with Skillionaire in 1999 and Serial Skiller in 2001. The latter was Howl's first professionally recorded album and also saw him take on the bulk of the production duties. Howl continued to build a strong following through his website, word of mouth, and, of course, his music. In 2002, his hard work paid off and Thirstin finally released a record on a large independent label. Skilligan's Island is on Landspeed Records and features a duet with Eminem. ~ Martin Woodside, Rovi