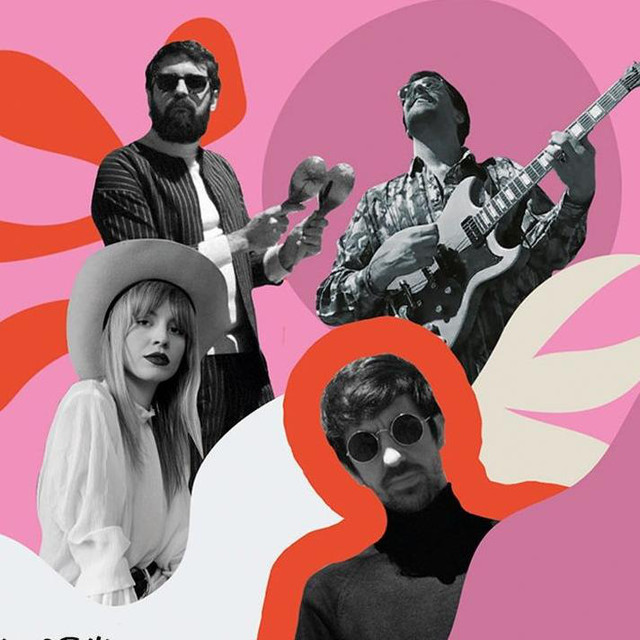 Bifannah are the result of merging the rhythm of 60’s moody garage with the Tropicalist psychedelia in the XXI century. Comprised by Guille V. Zapata, Antía Figueiras, Antón Martínez and Pablo Valladares, the band was formed in the Fall of 2015 and it’s currently based between London and Madrid.   Their first release, a five-song EP, pushed them to join The John Colby Sect at the beginning of 2016. During that first year, the band quickly started to gain attention playing in the first Barcelona Psych Nights or opening for bands such as Allah-Las in Madrid or Mystic Braves in Lisbon.   After the release of their LP 'Maresia', in June 2017, the band continued their growth, being featured at festivals like Noroeste Estrella Galicia or Monkey Week in Sevilla, touring back in Portugal or supporting Mystery Lights in Madrid. However, it won't be until 2018 when they confirmed themselves as one of the bands to watch, when they took their sound to EEUU, playing in New York and six showcases in SXSW, Austin. Right after this, they entered the lineup of events such as BCN Psych Fest, Mad Cool, Sound Isidro or Atlantic Fest. That same Summer, the band records two of their usual covers, 'Vem quente que eu estou fervendo' and 'Mudando as cores da vida'.   Now Bifannah launches "Capri" and “Salgada” the first singles of their upcoming second album: “Danças Líquidas”.