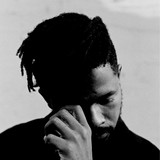 Born John Ighodaro, buoyed by a special voice and big dreams, the singer’s humble roots in the church choir led him to compete in the sixth season of Project Fame West Africa in 2013. In 2015, he recorded a cover of “Awww” by Mavin artiste, Di’Ja which caught the attention of legendary producer and Mavin head honcho, Don Jazzy. In 2015, Johnny Drille released his debut single, the Headies-nominated “Wait For Me”. Johnny Drille was signed to Mavin Records in 2017. His army of devoted followers is as loyal as you will find anywhere. It’s easy to see why; Beyond his rare connection with his fans, Johnny is a man of many talents - an award-winning producer, writer and sound designer. He’s also a gifted performer; the best evidence - two sold-out editions of his tour series, “Johnny’s Room Live” and multiple performances around Africa and Europe. Songs like “Papa” and “Wait For Me” are cult favourites, while “Count on You” and “Halleluyah” have amassed millions of streams. There’s also a growing demand for Johnny Drille around the continent, shown by tens of thousands of online followers and marquee shows in Ghana, Kenya and Rwanda. In 2020, Johnny Drille hinted at a new, more risque direction with the release of the retro-inspired “Something Better”. With over a dozen award wins under his belt, Johnny Drille’s status as a critical and fan favourite is well established. Now with his debut album on the way, he’s looking to take his music to hearts across the world.