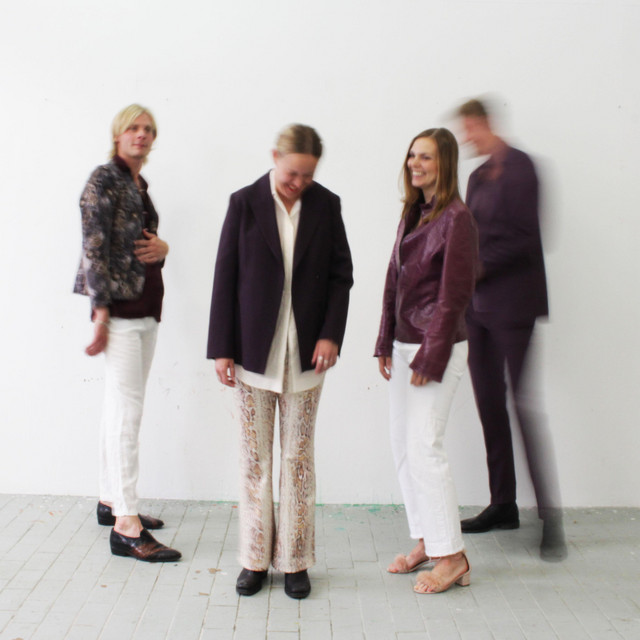 With a melancholic elegance in their music and appearance, Swedish indie pop band Altona, explores the encounter between catchy melodies of 70s schlager and the raw shrieking attitude of punk. Their concerts are known to be captivating and enchanting. Reviewers have compared them to the Swedish garage-rock band Pascal and the front singer’s attitude to Debbie Harry’s of Blondie. In 2017 they released their first single; the spagetti western vibing “Nu står det stilla” and heavy pop song “Hundratals bilder". Following up with a release in 2019 with the catchy, mellow, love song “Så nu har jag sett dig” The member’s different artistic educations and professions contributes to Altona’s sound and style. The band consists of bassist Emelie Kristoffersson, a