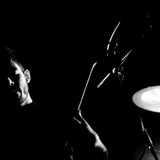 Through Silence Kept is the most recent project from award winner, multi instrumentalist, Composer and Producer Pedro Manteigas from Lisbon, Portugal. Since 2014 Pedro has been experimenting with orchestral sounds and ambient soundscapes. In 2018 released both the EP "In Between" and the Compilation Album of older work "Out with the old" In 2019 released his first full-length Album "Due North" and won Best Original Score for the short film "Milénio" at the 48HFP. In 2020 has released his latest EP "Colours" that focuses on life, love and hope.