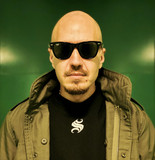 Hailing from Stockholm, Sweden, Sanjin has established his name as one of the most prominent artists/vocalists on the EDM/Dancehall scene. Topping charts internationally as the artist/vocalist on hits like Jump & Sweat and Bomb A Drop with Garmiani, How Do You Feel Right Now with Axwell /\ Ingrosso, Fresh with Jillionaire & Salvatore Ganacci, Pyramids (feat. Sanjin) - Radio Mix with DVBBS and F.E.A.R. (feat. Sanjin) with Henry Fong (which was featured in Fast & Furious 8) to name a few.   His debut single Nah Tell Dem with Major Lazer’s

Walshy Fire & Salvatore Ganacci was very well recieved on the international Dancehall scene. His music has been supported by DJ's like David Guetta, Steve Aoki, Calvin Harris, Hardwell, Martin Garrix, Swedish House Mafia, Major Lazer and many more. With new Music in the making and big appereances ahead he is set to become a heavywheight in the game.