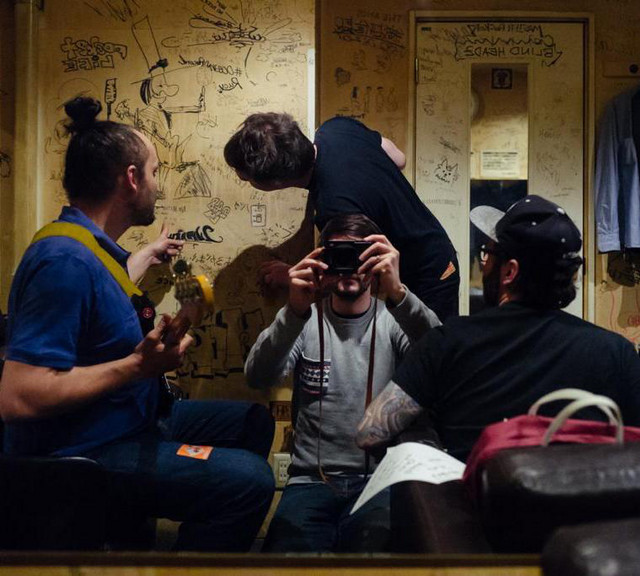 No Metal in This Battle

Featuring No Metal in This Battle

no metal in this battle is a quartet from Luxembourg. They blend math rock with afrobeat and 70’s jazz rock influences. Created as a new project in 2011, after having played in various math rock, screamo and indie bands, the original line-up soon released “the husky tape“, a 100 copies limited vinyl. Chris left the band shortly after and Gianni took his place on drums in 2013. Followed the “ours” EP in 2015, which helped define their distinctive sound. After numerous shows in Europe, touring France and Belgium, playing festivals like Incheon Pentaport Rock Festival, Rock For People or Primavera Sound, and even a tour in Japan, no metal in this battle are going to release a brand new album ”Paprika”. This time, they are pushing even more the unlikely blend of math rock and afrobeat, with 70’s jazz-rock. Their dadaistic approach led to tracks like Paprika, On15 or Melody Nelson Mandela which can alter like a roller coaster between catchy dancy beats, dreamy scapes and raw licks.