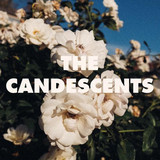 The Candescents are a 4-piece indie-rock band from Columbus, Ohio.

The band formed at college in 2014 breaking out of the city’s vibrant house show scene, signing to Dirty Hit in 2017. Following US tours with Pale Waves and We Are Scientists, The Candescents released their debut EP throughout summer 2018. The band joined Pale Waves in fall of 2018 for another North American tour, and released their follow-up EP "Grass".