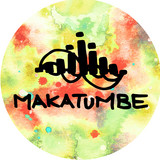 Among the wonderful qualities of music are unlimited possibilities. Makatumbe is a formation that unites different musical backgrounds in its own groove. The four young musicians from Hannover create a unique mixture of world and future pop. The result is a varied and energetic mixture of international folk, dance and pop music and everything else that is fun. That's why Makatumbe's line-up is just as diverse in its sound and lively stage presence as their music: vocal acrobatics and clarinet spread out with beatbox, raggamuffin, voice imitation and overtone singing on a melodic accordion sound wave that rolls on a massive groove framework of bass and drums. The melodies fly, the bass pushes and the music, the audience, the band, simply everything becomes one. This is Makatumbe. 2019 The band toured in Germany, Switzerland, Slovenia, Croatia and France, being part of festivals such as Goulash Disko (HR), STRAMU (D), Aufgetischt St.Gallen (CH) or Fatfuzz (FR), as well as renowned clubs: YAAM (Berlin), Gala Hala (Ljubljana) & Freundlich+Kompetent (Hamburg). 2018 Makatumbe recorded their debut album Makatumbe and was invited to tour in Malawi and play at one of the greatest festivals in Africa: Lake of Stars festival. In 2017 Makatumbe won two prizes at the German national competition for Global Music (Creole). Firstly they were recognized for “extraordinary musical diversity” for their colourful combination of styles and secondly awarded the “audience prize”.