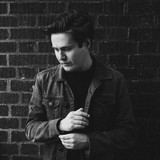 Exploding onto the Drum and Bass scene back in 2012, Kove quickly grabbed the attention of industry heavyweights including Andy C and Futurebound. After a string of successful releases on Viper and ProgRAM, Kove hit the radar of titans Chase and Status, signing to their imprint MTA records. Diversifying his sound on the successful E.P’s ‘Measures’ and ‘Murmurations’, Kove began setting the airwaves alight with his songs ‘Searching and ‘Way We Are’ as well as his remixes for John Newman and Bastille gaining widespread support from Annie Mac, Danny Howard, Mistajam and Toddla T.

Kove’s eclectic mixing style quickly made him a firm fixture on the festival circuit playing sets at Glastonbury, Lovebox, Reading and Leeds, EDC Vegas, Hideout, EXIT, Creamfields, as well as 2 nationwide tours across the U.S for Bassrush and supporting Netsky. Kove kicked off 2016 with the double E.P Nightfires vol. 1&amp;2. showcasing his forward thinking production and a multi-genre approach. Songs such as ‘El Camino’ and ‘Bring Me Life’ racked up hundreds of thousands of plays on UKF and Spotify. Picking up support from BBC Radio 1 and 1Xtra along the way. Finishing off the year with further remixes for Rag’n’Bone man, Emilie Sande, Sigala and WHTKD. After a 12 month hiatus to explore other musical avenues, Kove is back with the new E.P ‘In From The Cold’, on DNBArena. Heading back to his roots, this 4 track Drum and Bass release is sure to set dancefloors alight.