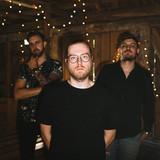 Swedish Melodic Post-Hardcore sensation Awake the Dreamer have reached a global critical acclaim in the world of Alternative Metal/Rock since they formed in late 2015.

A band consisting of school-mates, childhood friends and cousins, took their musical wizardry to the next level in 2017 when they presented 'Vigilant' to the world of Metalcore via Dreambound.