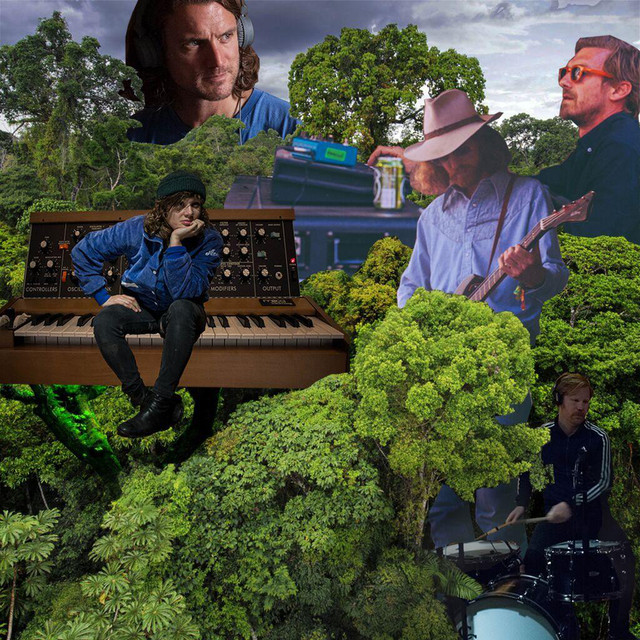 Swedish supergroup Amason is a family affair, both literally and metaphorically, and their spectacular sophomore album, Galaxy I, showcases just how close-knit the five-piece has become. While you might not immediately recognize the names that make up the band—vocalist Amanda Bergman, guitarist/vocalist Gustav Ejstes, keyboardist Pontus Winnberg, bassist Petter Winnberg, and drummer Nils Törnqvist—you’re almost certainly already familiar with their work. As one half of the production team Bloodshy & Avant, Pontus wrote and produced for everyone from Madonna and Britney Spears (he won a GRAMMY Award for “Toxic”)and co-founded Miike Snow, . More recently under his own name, he’s worked with Carly Rae Jepsen and Peter, Bjorn and John amongst others. Pontus’s brother Petter, meanwhile, launched the popular Swedish band Little Majorette with Törnqvist, and has since gone on to establish himself as a preeminent composer for film and television. In addition to releasing music under both her own name and the stage name Idiot Wind, Bergman has also collaborated with the likes of The Tallest Man On Earth and Lykke Li, and Ejstes rose to fame with his cult psych-rock project Dungen, which slayed international festival stages from Bonnaroo to Primavera, performed on Conan, and toured with Wolfmother. The band took home Album of the Year honors at the Grammis (Sweden’s equivalent of the GRAMMY Awards) for their debut record, Sky City.