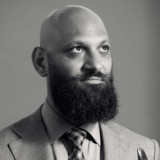 As an instrumentalist, composer, and bandleader, Eli Degibri boasts a seemingly bottomless fount of artistry. “An exceptionally melodic improviser with a big, bold tenor tone” (Bill Milkowski, Jazz Times), he’s been recording and performing extensively for two decades as both a leader and as an MVP sideman with the groups of two jazz legends, Herbie Hancock (1999–2002) and Al Foster (2002–2011). It is rare in our time to hear a tenor saxophonist exploring such a wide range of expression: alternately sharp and mellow, funky or caressing, sometimes on the verge of bursting with the urgency of his playing. That’s why Herbie Hancock unequivocally states that Eli Degibri “has the potential to be a formidable force in the evolution of jazz.”