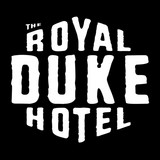 Life long friends and multi-instrumentalists hailing from the fertile and incestuous Sydney Northern Beaches music scene; The Royal Duke Hotel channel their love of loud and visceral rock music into every song. The Royal Duke Hotel takes its moniker from the common names of Australian pubs from the live music scene of the 80s, often being either ‘The Royal ___’ or the ‘Duke of ___’. Curiously, there is no pub in Australia named The Royal Duke Hotel. Fiercely independent and DIY, The Royal Duke Hotel write, record and produce everything themselves, from the songs, to the artwork and even the eloquently verbose biographies that every band hates writing. Best served loud.