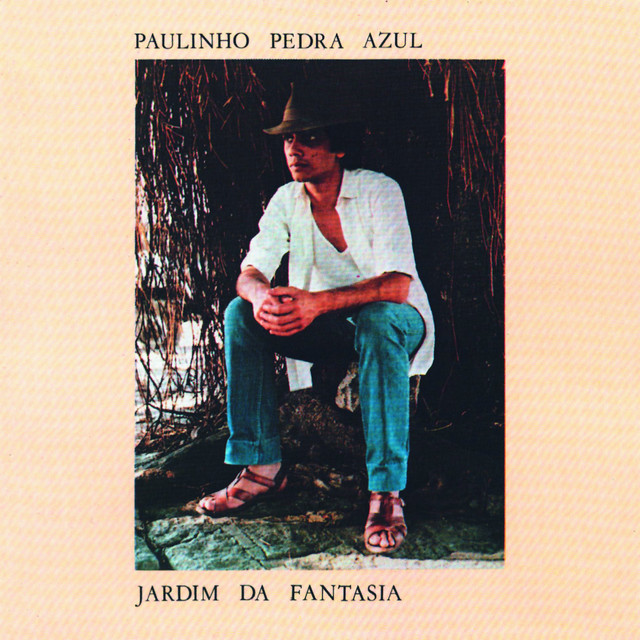 The most widely known artist from Minas Gerais after Milton Nascimento, Paulinho Pedra Azul owes his popularity to his compositions that are soaked in the lyrical Mineiro tradition of serestas as delicate romantic songs, but there is also evidence of the Beatles and Clube da Esquina influences. His most famous composition is "Jardim da Fantasia," but in 2000 he had his "Tele-Fome" recorded by Jota Quest. An independent artist throughout all his career, Pedra Azul nevertheless managed to sell more than 300,000 albums. In the late '60s, Pedra Azul started to participate in music festivals and shows in upstate Minas Gerais. In 1978, he moved to São Paulo, working with the singer/actor Saulo Laranjeira. In 1982, he launched his first LP, Jardim da Fantasia, having had success with the title track. Six years later, he returned to Minas and settled in Belo Horizonte. In 2001, he performed at the Bank of Brazil Culture Center (Rio) in the Veredas de Minas project with other artists from Minas, such as Fernando Brant, Tavinho Moura, and Mestre Tizumba, recording with Wagner Tiso in the same year a CD dedicated to the compositions of Beto Guedes' father Godofredo Guedes. ~ Alvaro Neder, Rovi