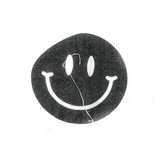 “Psychoanalysts by day, electronic musicians by night. Not a bad intro.” – NME magazine  VRWRK are East London based producers Matt Sey and Jergan Callebaut (a psychiatrist and psychologist, respectively) and Khazali. They’ve been consistently turning heads with their singles since they joined forces in 2017.   After playing notable European mainland festivals (Pukkelpop, Rock Werchter) and selling out Birthdays in Dalston and recently supporting School of X (of MØ), they released debut LP “On The Outside” in the summer of 2018.  VRWRK drenches the club experience in a comfortable melancholic haze, creating a dissonance between dance music and intimacy. ‘Blissed-out dance music for lazy mornings after heavy nights,’ as The Fader called their music.  It’s the kind of out-of-body experience you feel quite comfortable in — always on the edge of the underground, and the overground pop.   VRWRK releases everything on their own imprint Run Tell Secrecy. “Run Tell Secrecy is a creative platform driven by authenticity, human emotions, and the alternative truth,” they said in an interview to NME. “It’s everything around the music that isn’t the music. It’s our record label. It’s our recording studio, it’s the videos we make with friends, our visual thinking, and most recently the apparel we’ve designed.”