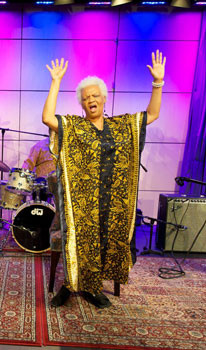 Considering the exciting John, Bobby Watson, Kenny Burrell, Terence Blanchard, Jon Faddis, Doc Severinson's Big Band, Gerald Wiggins, the Frank Capp Juggernaut and Joe Williams (among others) and has long been a busy jazz educator. In 1992 she debuted as a leader with Doin' Alright, followed by 1996's I Know How To Do It and her 1997 set I'm Getting 'Long All Right; all came out on Chartmaker and helped gain her some of the recognition that she deserved. Visit Me followed in 1999 and Ooh Shoobie Doo a year later. . ~ Scott Yanow, Rovi