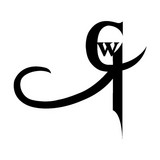 Come With Reverse is a band which was formed in 2010 in Thessaloniki, Greece. Our band consists of: Petros Leivadas (vocals - guitars), Alexander Lykesas (drums), Alexander Passalides (keyboard). The members of our band have received classical music education and are influenced by all genres of music, as well. Ranging from classical music to traditional-ethnic music of several countries. We started as an experimental/avant-garde band which later on was led to darker paths of pop (popular) music. The result of this process is our debut album. We tried to change structural, orchestration and timbre elements which are differentiated from the banal style of popular music. As far as lyrics are concerned we aspire to express all the aspects of human being. Our live performances are getting started. Meanwhile, we aim at giving live performances abroad. Our main aspiration is to create future projects with different genres of music.