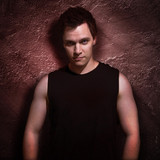 Griegz is a music producer from country Victoria, heavily influenced by the sounds of The Chainsmokers, Marshmello and Machine Gun Kelly. At the age of 5, Griegz started drum lessons and was the drummer in many bands throughout his schooling. These bands covered genres ranging from jazz and blues, through to punk rock and metal. Living in the country, keeping bands together became challenging once entering the workforce with members moving on for work. The next best option for Griegz was to start tinkering around with different samples and creating beats on various digital audio workstations. When not in the studio, you'll find Griegz behind the decks at nightclubs, events or private functions sharing his passion for music with the people on the dance floor. He also has his own business providing sound and lighting for nightclubs and touring DJ's. Griegz has come to appreciate all styles of music and has found music to be his escape. He has met and had the privilege of working with many big names in the industry and had songs played on radio in the United States, Europe, Australia and New Zealand. Music is a gift Griegz gets to appreciate everyday.