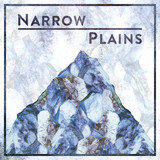 Narrow Plains is a London-based indie, acoustic-based rock band, who came together in 2012 after writing and self-recording their debut EP “Somewhere In Between” at minimal cost but to some considerable critical acclaim. They have performed at many prestigious venues such as the 02 Academy Islington, 100 Club, Hard Rock Café, Alexandra Palace and the Cavern Club in Liverpool and many music festivals, as well as some gigs in USA.  The band has received numerous awards. Their single, ‘I Should’ve Known’ was nominated for Nashville Universe ‘Single of The Year’ 2018 and the band was nominated as Best Country/Folk Act in the 2016 UMAs. In 2015, the band won the Hard Rock Rising competition at The Hard Rock Café in London. They were also selected as “Judges Pick” by a prestigious panel of music experts in the USA-based, “Bands4Good” 2014 online talent contest, winning a recording session in his North Carolina Deep River Studios with the legendary John Davenport who has engineered major albums for artists such as Bruce Springsteen and the Rolling Stones.   In terms of discography, Narrow Plains has released its eponymous, thirteen track debut album as well as three singles, ‘I Should’ve Known’ ‘Choices’ and ‘So Rewind’ as well as their initial, five track EP, ‘Somewhere In Between’.   Narrow Plains is a four piece band, consisting of Charlie Ferriday (guitar/vocals), Roger Connick (bass/back-up vocals), Stuart Connick (drums/back-up vocals) and Edd Simpson (guitar and keys).