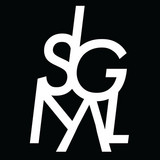 Ensemble Signal, described by the New York Times as “a new-music ensemble that by this point practically guarantees quality performances…” is a NY-based ensemble dedicated to offering the broadest possible audience access to a diverse range of contemporary works through performance, commissioning, recording, and education. Signal was founded by Co-Artistic/Executive Director Lauren Radnofsky and Co-Artistic Director/Conductor Brad Lubman. Since its debut in 2008, Signal has performed over 150 concerts, given NY, world or US premieres of over 20 works, and co-produced 9 recordings. Signal has appeared at Lincoln Center Festival, Walt Disney Concert Hall, BIG EARS, Cal Performances, Carnegie Hall's Zankel Hall, The Library of Congress / Washington Performing Arts, Works & Process at the Guggenheim, the Tanglewood Festival for Contemporary Music, and the Bang on a Can Marathon and has worked with artists and composers including Steve Reich, Helmut Lachenmann, Michael Gordon, David Lang, Hilda Paredes, Julia Wolfe and Irvine Arditti. Released in 2015 on harmonia mundi, their recording of Reich’s Music for 18 Musicians received a Diapason d’or and appeared on the Billboard Classical Crossover Charts. Throughout 2017-18, they gave the US premieres of a new work for 19 musicians by Steve Reich entitled Runner at venues across the US. Their educational activities include community performances and educational outreach, as well as workshops with emerging composers.