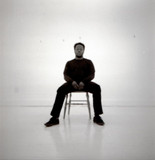 Since arriving as a bandleader on 2008's Prelude to Cora, trumpeter Ambrose Akinmusire proved a forward-thinking musician. He surveys post-bop, ballads, free jazz, and funk with equanimous enthusiasm, mashing them up seamlessly; he presents himself in virtually every situation as a bold leader as well as a sympathetic sideman and collaborator. His egalitarian view of music, from classical to hip-hop and all stops in between, offers a portrait of a musician capable of redrawing his instrument's role in jazz. At 19, Akinmusire toured as a member of Steve Coleman and the Five Elements; it proved formative in shaping his future aesthetic vision. At 28, his second album and Blue Note debut, 2011's When the Heart Emerges Glistening, revealed the already mature, expansive dimensions in his playing, writing, and arranging that took modal post-bop into uncharted territory. Since then, each subsequent album has offered a very different textural and musical emphasis: 2014's The Imagined Savior Is Far Easier to Paint included guest vocalists Becca Stevens, Cold Specks, and Theo Bleckman, and the Osso String Quartet; 2017's post-bop quartet date, A Rift in Decorum: Live at the Village Vanguard, was celebrated as one of the finest jazz outings of the year. Born in Oakland, California, Akinmusire showed early promise in his teens and gigged professionally while playing in the Berkeley High School Jazz Ensemble. Early encounters with such luminaries as saxophonists Joe Henderson and Steve Coleman pushed Akinmusire to focus a keen eye on his own development. He earned his Bachelor's degree from the Manhattan School of Music and later his Master's from the University of Southern California. Along the way, Akinmusire studied with such trumpet luminaries as master teacher Laurie Frink, Lew Soloff, and Terence Blanchard. Akinmusire has appeared as a sideman on many albums, including works by saxophonist Coleman, pianists Aaron Parks and Vijay Iyer, trombonist Josh Roseman, bassist Esperanza Spalding, and others. In 2007, Akinmusire won the Carmine Caruso International Jazz Trumpet Solo Competition and the Thelonious Monk International Jazz Competition. A year later he released his debut solo album, Prelude to Cora, on Fresh Sound New Talent. In 2011, Akinmusire returned with his sophomore album When the Heart Emerges Glistening, on Blue Note. He then made session appearances on records by a wide array of artists, including David Binney's Graylen Epicenter, Chris Dingman's Waking Dreams, Baptiste Trotignon's For a While, and Gerald Clayton's Life Forum. His sophomore Blue Note date, The Imagined Savior Is Easier to Paint, was released in March of 2014. The following year, he contributed to rapper Kendrick Lamar's To Pimp a Butterfly and joined Marcus Miller on the bassist's Grammy-nominated Afrodeezia. In 2017, Akinmusire returned with the ambitious, two-disc concert album A Rift in Decorum: Live at the Village Vanguard. The following year he issued Origami Harvest. The album was the result of a commission from curators Judd Greenstein of Manhattan's Ecstatic Music Festival and Kate Nordstrum of St. Paul's Liquid Music Series. The premise was, "what's the craziest idea you have?" Akinmusire's reply was that he wanted to create a project about extremes; putting things that are seemingly opposite right next to one another. He enlisted the string unit Mivos Quartet, and art-rap expatriate Kool A.D. alongside his own quartet, and pitted contemporary classical music against deconstructed hip-hop with bursts of left-field jazz, funk, spoken word, and soul. In March of 2020, Akinmusire announced the November release of the full-length On the Tender Spot of Every Calloused Moment for Blue Note. Its 11 original compositions offer a portrait of the trumpeter examining blackness through the language of modern jazz inscribed with the feeling of deep blues. The lineup features Akinmusire's working quartet with pianist Sam Harris, bassist Harish Raghavan, and drummer Justin Brown, with guest vocals from Genevieve Artadi and Jesus Diaz. ~ Matt Collar, Rovi